Sarmad Khoosat’s passion project holds you to the edge of your seat with stellar performances, captivating music and a gripping screenplay

There’s art that you see with your eyes and admire; then there’s art so surreal, so hypnotising that you find yourself immersed — transcended, even aroused, and Kamli is every bit of the latter and so much more. 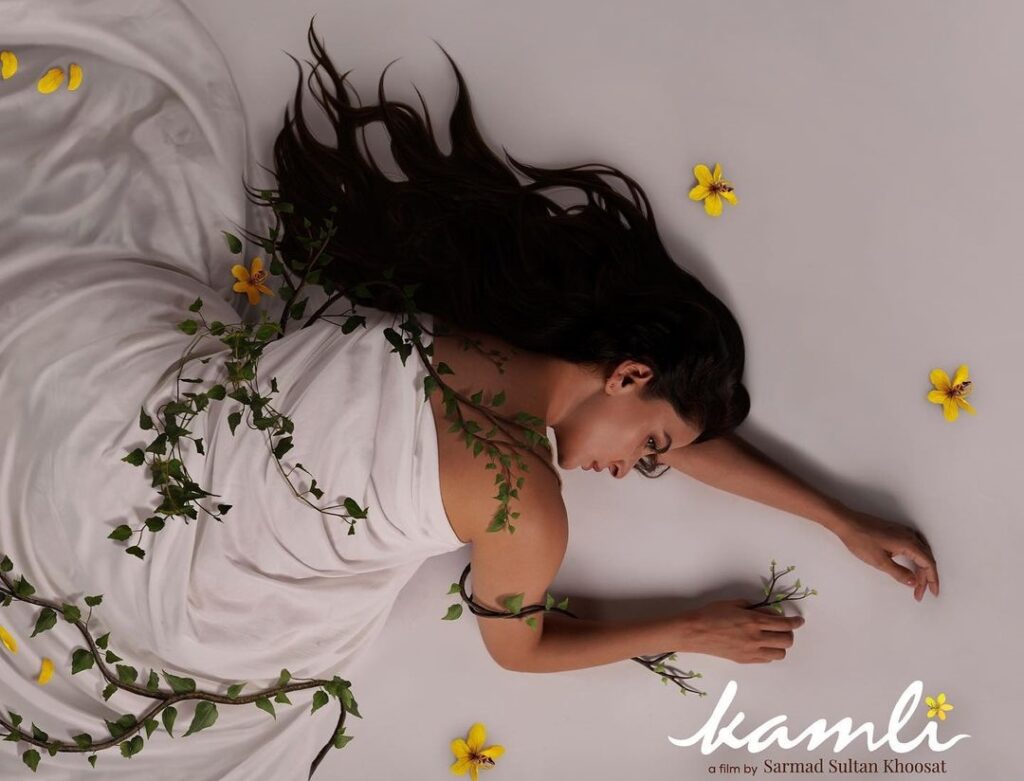 Kamli is the story of Hina played by Saba Qamar who lives with her visually impaired sister-in-law Sakina essayed by Sania Saeed who awaits the return of her long missing brother and Hina’s husband Saqlain.  Hina’s world changes forever after she’s rescued by Amaltaas played by the debutant Hamza Khwaja. He saves her from drowning in the river and she immediately finds herself drawn to him. He’s tempting, mysterious and oozes raw masculinity — sending Hina’s world on a tumultuous journey.

The movie revolves around the lives of its female characters and along with Hina and Sakina there’s Zeenat. Played by Nimra Bucha, Zeenat is a painter who Hina works for as a muse and is married to Nadir Malik (Omair Rana).  She comes with her own baggage including alcoholism and infertility.

Saba Qamar who undoubtedly is one of the finest actors has yet again cemented herself right at the top of the ladder. Fresh off the success of her latest ‘Ghabrana Nahi Hai’ and the ongoing drama ‘Fraud’, Saba has entered 2022 with a purpose; and with Kamli, well let’s just sum it up by saying ‘Saba ate her cake and left no crumbs’. 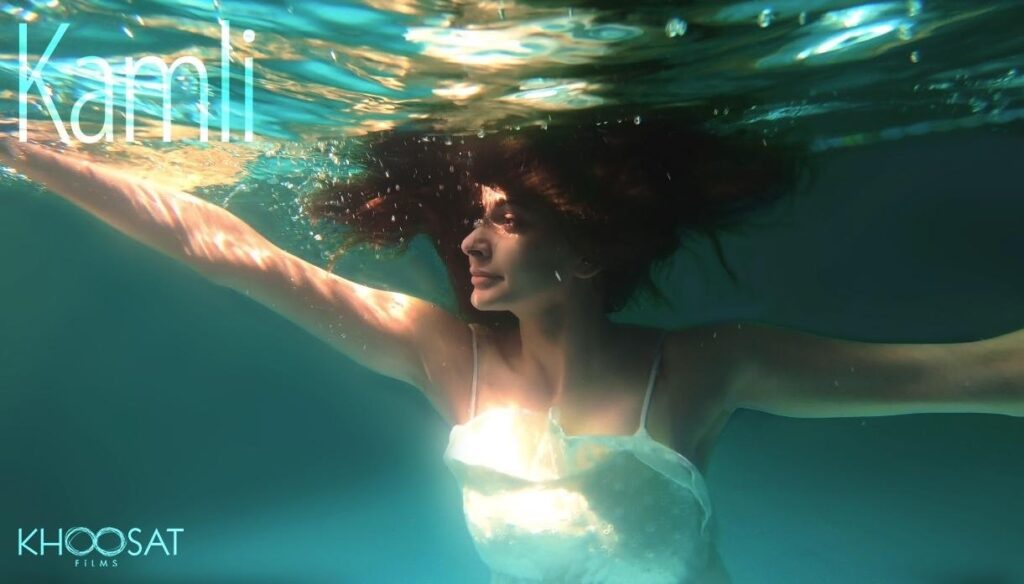 The starlet has in the past given several impactful performances, but with Kamli, there’s something different about her. She’s uninhabited, spontaneous, and seductive. With Kamli, one feels the actor pushing her own limits as if she wants the audience to forget everything she’s ever done before as she becomes Hina and subsequently Kamli. Hina — the character’s life goes through several changes right from the first scene till the last and Saba has portrayed each emotion with the right balance of passion, determination and subdued sensuality so much so that at one point you forget where Saba ends and Hina begins; of course the credit for that goes to Sarmad as much as Saba. 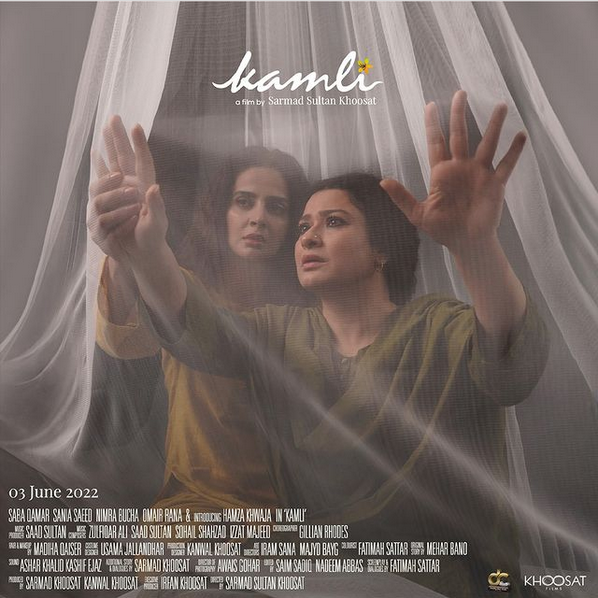 But Hina would be incomplete without Sakina as Kamli belongs to Sania as much as it does to Saba. Sania Saeed plays the role of Hina’s watchful, vigilant sister-in-law who keeps a close eye on her even though she’s blind herself. Sakina wishes to keep her ‘bhabhi’ loyal, pious and unadulterated for her brother as she awaits his return. She also lives under a constant fear of abandonment and gets very anxious when Hina gets late in returning home; fearing that she’ll be left all alone.

Just like Hina, Sakina also has her shades — as an audience you feel sympathetic for her predicament but also angered by her overbearing demeanour. She’s protective, caring and motherly towards Hina but also suspicious, controlling and at time even cruel — making you wonder how to react to her actions. Of course, Sania is unrivalled and unmatched when it comes to tackling challenging roles and it’s a no-brainer that Sarmad cast the very best to essay the most difficult role in the movie. 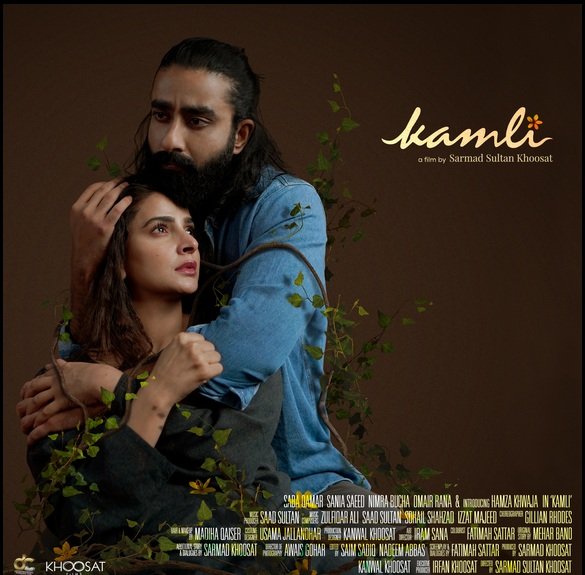 Hamza Khwaja makes his acting debut as Amaltaas — Hina’s love interest in the movie. To be paired opposite someone like Saba Qamar in your very first film is no easy feat and then to hold your own in each scene with her is as impressive as it gets and Hamza has exceptionally done that. It really doesn’t seem like a debut performance.

One does wonder why Sarmad would risk taking a newcomer for the role but then, as Hamza comes on screen you just see Amaltaas as if he’s absorbed the character into him. His rugged mane, brooding eyes and strapping physique provided the sort of comfort and security Hina longed while Hamza’s chemistry with Saba is raw and scintillating throughout the movie. 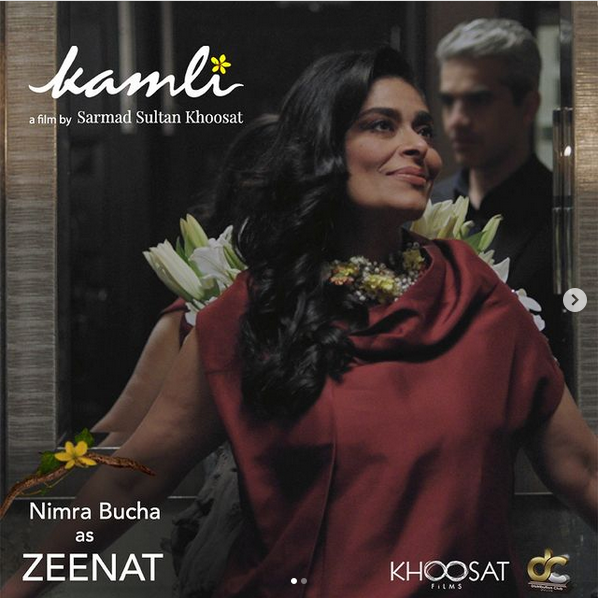 Nimra plays Zeenat, a sorrowful artist who comes with her own baggage. She’s battling alcoholism in a loveless and childless marriage with Nadir Malik played by Omair Rana. Nimra is sensational as always. Her presence is impactful as she leaves a strong mark right from when she gulps down an entire jar of some ‘fertility formula’ to a ‘dinner date’ with Nadir. The scenes do provide a chuckle but also make you think of the fury that’s building inside Zeenat.

Although the men apart from Hamza don’t have much of a screen time, both Omair and Adeel’s performances are commendable. Iman who plays Noori is quite impressive and definitely someone to look forward to.

The Direction and Beyond
Sarmad Khoosat, the man behind all the magic has truly taken the bar of filmmaking much higher. The movie as I have said before transcends. It shakes you up. It wakes your soul from a deep slumber — that’s the feeling you get as the film progresses along with goosebumps, shocks, gasps, shivers and chills that remain constant throughout. The direction holds you to the edge of your seat even though it’s not meant to be a thriller or a horror but the sheer intensity of each and every scene coupled with the crisp and gripping direction just makes you not even want to blink an eye. 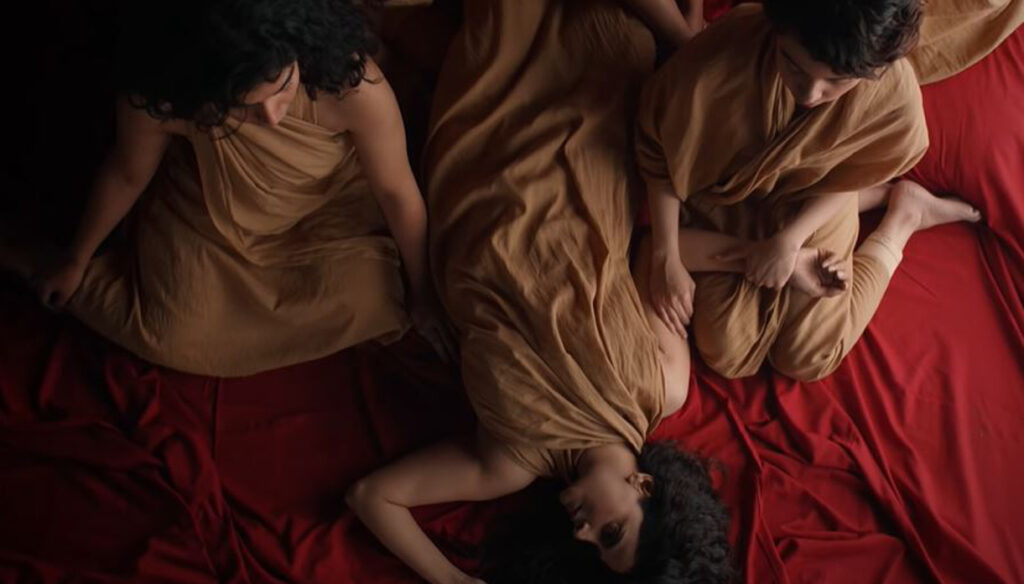 As I have said above the movie is so engrossing that after a point you just forget where the lines between fiction and reality blur. It simply takes you from your seat in the hall and right into the realms of Kamli and the same can be said about its actors. You sincerely cannot tell when Saba, Sania and Hamza suddenly just become Hina, Sakina and Amaltaas respectively.

Sarmad has not directed a movie but rather he’s painted, he’s sculpted, drawn and, sketched an artwork — a masterpiece in the form of Kamli.

Kamli although may be considered an art movie by some but it is not treated like one. With a running time of above two hours the movie holds tight and doesn’t feel dragged thanks to the impeccable editing by Saim Sadiq, Nadeem Abbas and screenplay by Fatimah Sattar with original story by Meher Bano. 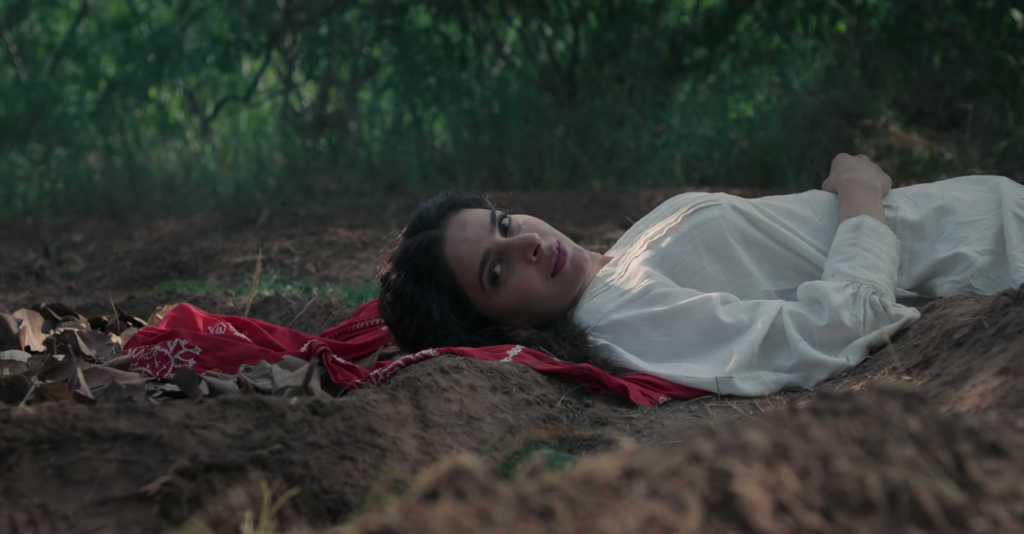 The Music
The music composers of the movie are Zulfiqar Ali, Saad Sultan, Sohail Shahzad and Izzat Majeed with each song flawlessly capturing the vibe of the situation. The songs help the screenplay move forward and don’t clash with the feel of the movie not even ‘Agg’ sung by Zeb Bangash which plays at a mehndi with Saba dancing with her friends; it still sheds a light on her character development.

But for me, the winning track is Mainu Tu by the (late) Reshma — can still feel its trance. Because who better to convey a woman’s loneliness, sadness, suffering, longing and desire for love and affection than the nightingale of the desert herself. The song coupled with the aftereffects of the final scene haunts your soul even as the credits roll out.

Although Kamli is a perfect movie in every sense it may still not be everyone’s cup of tea. It challenges notions of society and may even seem to push boundaries a little too far with its ‘bold nature’. That said it’s absolutely a cinematic experience that was long missing from our screens — refreshing in every way. It’s a must-watch.

‘Joyland’ is Pakistan’s entry for Oscars 2023